Luke Skywalker, Princess Leia, Han Solo and Chewbacca need your help, they are trapped in the garbage compactor and have to get out of there and get to the Rebel Base.

There are several ways to get to safety but the longest is safety and time is running out. Will you choose the risky shortcuts? You will if you dare, so you can be the first to board the Millennium Falcon, fight TIE Fighters and reach the Rebel Base.

So far everything is the same as the first edition of the game, but that’s not all. As well as being translated and carrying illustrations from the first film in the box and on the board, it is accompanied by a Grand Moff Tarkin figure from Kenner’s Retro Collection line! 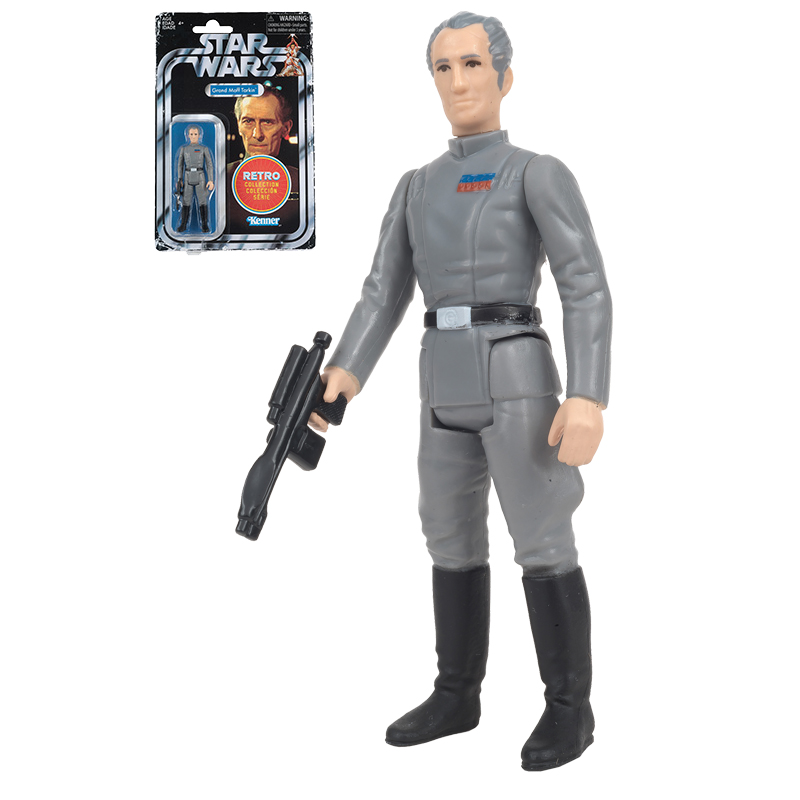 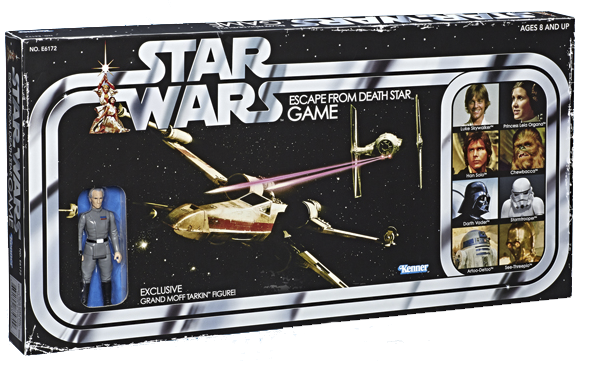